'Hame' - a Scottish home; a valued place regarded as a refuge or place or origin 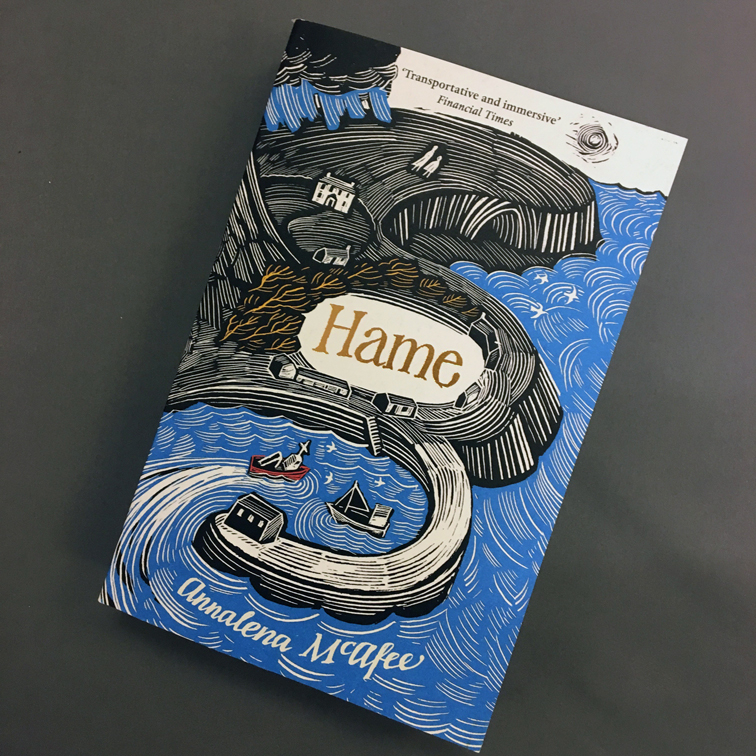 This is a fabulous new novel set on a fictional island of Fascaray - a remote and wild small isle off the coast of Scotland. A combination of letters, poems, journal extracts and fiction, it's been described by Irish Times as 'a hugely entertaining roller coaster of a ride through poetry and language'.

The novel centres around Mhairi McPhail, a young American  curator who, following the break down of her relationship, picks apart her New York life and moves thousands of miles to a place that couldn't be further from her previous home.

She arrives in Fascaray - nine year old daughter in tow - to write the biography of the island's late Bard, Grigor McWatt.

Here's the blurb from the back:

'But who was the cantankerous Grigor McWatt? Despite his international reputation, details of his past are elusive. As Mhairi struggles to adapt to her new life she begins to unearth the astonishing secret history of the poet regarded by many as the custodian of Fascaray's - and Scotland's - soul.

A highly acclaimed debut novel, this is a wonderful read for Spring.